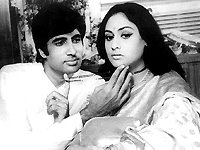 Watched 'Sweet 16' on MTV last night and it necessitated a mid-week post out of sheer anger. What happens when you combine a bratty 15 year old teen aged girl, her older (and possibly borderline intellectually functioning) sister, an unlimited amount of discretionary income & 2 parents that have obviously disregarded every rule for raising kids that their parents taught them in the homeland? Well you get the sheer embarrassment to all persons of South Asian origin that was aired last night to a national (and international) television audience.

If you didn't see the freak show of a birthday party (and in true Desi fashion - a combo graduation party for the older sister) then consider yourself lucky. This dad (who has already given a private jet, a Bentley & Mercedes to his daughters plus a limo until they get their licenses) provided an unlimited budget, a helicopter HIRED JUST TO DROP FLOWERS, an elephant, police security detail and dolis to carry his daughters in like it was their freaking wedding. I don't blame the kids though, they were just doing what they were allowed to do - congraulations mom & dad - you have just ruined any semblance of a normal life these 2 girls could have ever had.

Which brings us to the music selections for today {Tere Mere Milan & Tere Bindiya Re} duets sung by Kishore Kumar/Lata and M.Rafi/Lata respectively. They are from the 1973 classic 'Abhimaan' - starring Amitabh & Jaya Bachchan (in their last film before getting married). This is what I refer to as a perfect movie - great acting, tight directing (the movie clocks in at 2 hours and 10 minutes with songs), and a very different story. All 7 of the songs on this album are bona-fide classics. For those of you that know Jaya from her 'mother' roles in recent films - you will be impressed by her ability to hold her own against her very formidable husband to be. She was a great actress in her day, capable of doing just about any role with conviction and quiet dignity.

Yes these songs are 'old' but my thinking is that if you have never heard them before, then they are new to you.

By the way, this movie was shot on a shoestring budget, which goes to prove that you don't need money to have class.
Posted by Sanket Vyas at 10:22 PM

I agree with your thoughts on 'Abhimaan' - what a classy, understated, beautiful movie. It's sad that so many contemporary Bollywood fans are unaware of what an acting tour de force the young Jaya Bhaduri was... I love watching her early work.

I love the songs from this film.

Oh... and the 'Super Sweet 16' thing (didn't watch this episode but have watched a few others) is an absolute disgrace. The parents who do this to their children are doing them more harm than they will ever fully know. How will they have any true, decent values if all they know is material things being thrown at them from all angles? It's really sad.

It's one of those - it may be fun now but you are ruining this poor child for the remainder of her life. Not just limited to Indian kids - see Paris Hilton as the poster child for 'celebrity kids gone wild'.

Abhiman music was by that great Dada S. D. Burman and inspite of his old age he gave wonderful compositions. He was the only music director who gave beautiful music for 30 years i.e. from 1946 to 1976. Those of you who like R. D. Burman, I have to say that with a father like the great S. D. Burman, RDB had a great advantage to also become another great!