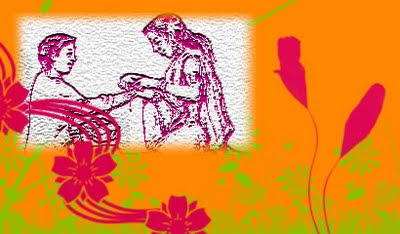 Today's full moon (shravan) signifies Raksha Bandhan, an annual occurrence in the Hindu calendar (usually falling in the month of August). It is marked by a ceremony in which one's sister ties a rakhi — which may be a colorful thread or a simple bracelet — around the wrist of her brother. The word "raksha" signifies protection and "bandhan" is an association signifying an enduring bond; and so, when a rakhi around the wrist of one's brother it signifies his sister's love for him. He, likewise, recognizes the special bond between them - and by extending his wrist forward, he symbolically extends the hand of his protection over her as well.

Raksha Bandhan not only strengthens the bond of love between brothers and sisters, but goes beyond the confines of the family. When a rakhi is tied on the wrists of close friends and neighbors, it underscores the need for a harmonious social life where individuals co-exist peacefully as brothers and sisters. All members of the community commit to protect each other and society as a whole - an ancient theory popularized by the Nobel laureate, Bengali poet Rabindranath Tagore. 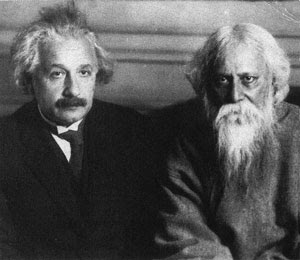 This ritual itself is a Hindu one - however throughout the ages it has come to transcend religion like few things can. It is said that Alexander's life was spared in battle only because his wife had tied a rakhi on the hand of the great Hindu King Puru. That kind of bond continues with Desis around the world to this day, in fact my own rakhis are sent by my 'sisters' (Muslims, Hindus & Christians) - all of them very close to my heart. Only one of them is actually related to me but who says you need matching DNA to be considered family? 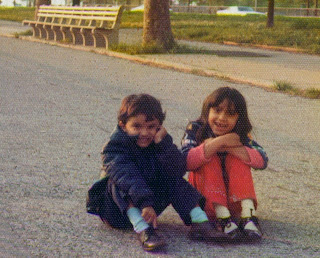 The musical selection for today is from the 1970 movie 'Sachaa Jhutha' that still gets played at Indian weddings to this day, Meri Pyari Behaniya Banegi Dulhaniya. The movie was released at the peak of Rajesh Khanna's stardom and I heard him discuss the significance of the song in an interview he gave a few years back. He was already established as THE romantic hero of Bollywood when this movie came out and he said he knew that it was a game changer when, instead of getting pictures of his fans, he began to get rakhis en masse mailed to him instead. Girls all over India now saw him as not only the husband of their dreams but the brother of their dreams as well. Only in Bollywood...

Posted by Sanket Vyas at 9:55 AM No comments: