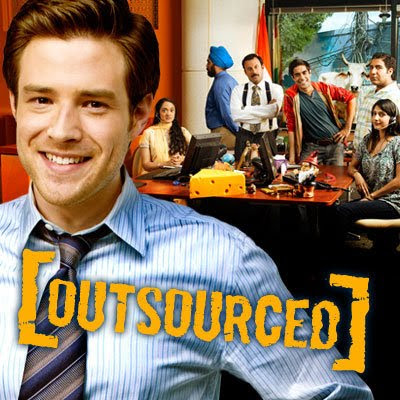 Video
Posted by Sanket Vyas at 8:17 AM

What a great review of the series, and thanks for feeling the same way I do about the music. I burst out laughing at the incongruity of Gupta dancing to Bachna Ae Haseeno and hearing Chaiyya Chaiyya in the train scene. As you say, the music choices show that a lot of thought is gonig into this show, the flashcard sequences in the latest episode were a nice example of that "mutual learning" you mentioned. Now that it is finding its feet, I hope this show gets to stick around a bit longer.

Thanks for the kind words and good to see that someone else is appreciating the music on this series. I LOVE GUPTA and everything he does pretty much has me laughing out loud. Glad they didn't do the obvious Todd/Asha romance angle and let the characters find their own way... Hopefully this series sticks around as it is hitting it's stride.

Thanks for such an in depth and fantastic review of one of my new favorite shows. I loved when they played chaiya chaiya while trying to board the trains! It was also funny to hear someone singing rooth na jaana from 1942 a love story at the talent search.
My only complaint about this review is that I was so distracted reading it that my son managed to feed one of my dogs a crayon. ; )
We need to get Sandhya to watch!

Lauren - glad you are enjoying this show as much as I am. Again, awesome use of music and it's one of the main reasons I look forward to the show. Sandhya watches alot of tv and not sure why she chooses to ignore this little gem - maybe cuz she knows if her parents hadn't moved to America she would have ended up as Madhuri on the show? As far as your dog goes... I think green poop will be hilarious :)

I hadn't heard about Outsourced. I'll have to check it out!

its a fantastic show...i luv it...its sad it will not b continued for another season...but i loved...i hope NBC reconsiders....any idea how i can get all d music from the show??

Unfortunately NBC has finalized it's decision not to renew but you can find all the music that was used on the show at the following link. Cheers!
http://www.nbc.com/outsourced/music/

I love the series. What was the song in the first episode? the indian song