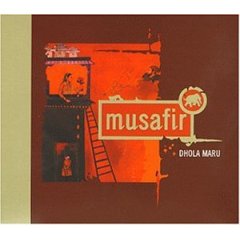 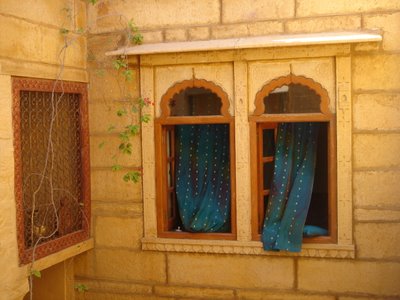 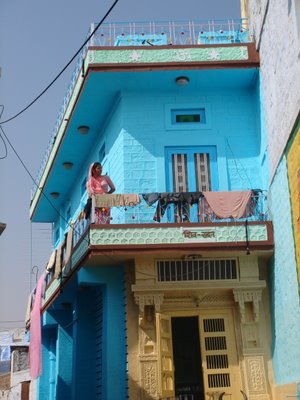 The meaning of 'Musafir' is traveller or voyager and if you allow them - this band from the Indian state of Rajasthan will take you on one amazing music trip. The musicians of Rajasthan are considered the fabled original gypsies (since proven true by linguistic & DNA evidence) and consist of 11 singers, dancers and instrumentalists who have the rare ability to function as one. Rajasthan's musician castes are predominantly Muslim, dating back over 500 years to when the Moguls first invaded India. The kings (or maharajas) tended to hire the best local musicians and many of them converted to Islam in order to work in the court. They adopted the name Khan and passed their new faith onto their descendents.

The typical Rajasthani band reflects only a single ethnicity yet Musafir is a secular mix of Hindu, Muslim, Gypsy and Sufism. Their songs build slowly with the harmonium or sarangi giving the tune as the singer incants the scale. The percussion then begins and more singers begin the melody with other instruments blending in. The song itself may pass through as many as thirty changes in mood and tempo before climaxing with all musicians joining in at the end. Whatever the song, tempo or improvisation - the eleven group members manage to communicate internally producing the effect of a singularly mesmerizing entity. See an article on the band here

Moria Badnawa is an instrumental that interprets a famous folk song about a peacock from the village of Badnawa. The song follows the peacock through it's day - first singing as the sun rises, opening his tail as the sun continues it's trek across the sky until it finally attracts a female peacock as dusk arrives. Listen as the song begins with just 1 instrument and reaches it's crescendo as each subsequent one is added in perfect harmony with the other. The song Halleriya means lullaby and is sung at the celebrtion for a new birth. It represents not just the mother and father's happiness but the whole village celebrating the arrival as well.

For more pictures of Rajasthan - click on the link 'Nilong's Rajasthan Collage' from our trip there in 2005.
Posted by Sanket Vyas at 12:32 PM

I liked your post on Musafir. I watched them perform at the Hollywood Bowl last July.
I want to listen to all of their music; where can I get their cds?

Thanks! I really have wanted to see them for awhile (they play something like 100 shows a year). You can get this CD and their previous one on amazon.com

Vijay is from Africa. Proof