'A tryst with destiny' - Independence Day 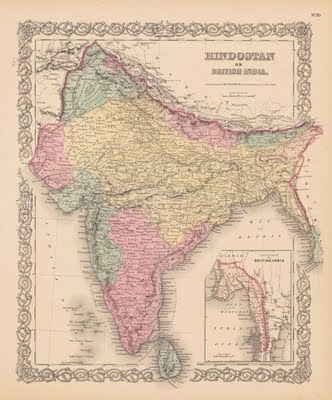 Today marks independence day for both India & Pakistan (since it officially occurred at midnight, India chose August 15th & Pakistan chose August 14th). The 'tryst with destiny' - Nehru's words to describe independence in his first speech to a free India - commemorates a great many things both good & bad. The good obviously was freedom from the British, who for the most part loved India but were nonetheless rulers of a foreign land. The bad (at least as far as I am concerned) is the Partition that took place on the eve of independence. There are a great many articles that focus on whether Partition was the correct decision to make and whether it created/solved the problems that plague both countries to this day. I highly recommend every person of South Asian heritage or anyone with an interest in Indian history hunt down the book 'Freedom at Midnight'. Written by two French authors, it provides a fascinating (and at times heartbreaking) account of the events that led up to the Partition of India and often reads as a piece of fiction rather than a retelling of history. 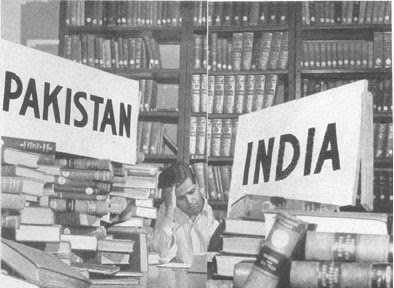 However since this blog is dedicated to music I will limit the focus to 'what if' in that regard. During the time of partition, Bollywood was just beginning to come into it's own. Muslims made up many of the artists (both in front of and behind the camera) and were forced to make a very difficult decision that fateful day in 1947. Can anyone imagine Indian cinema without Mohammed Rafi, Dilip Kumar, Nargis, or Madhubala? Arguably the greatest classic made for the Indian screen, 'Mughal-E-Azam', had Muslim actors in the lead roles, a Muslim music director (Naushad) & a Muslim producer/director (K.Asif)- in 2006 it had the distinction of being the 1st Indian film to be screened in Pakistan in 44 years. How would Bollywood be different if the Muslim artists hadn't stayed on? What would the landscape of Indian cinema look like today without Shah Rukh, Aamir & (even) Salman Khan? It may seem insignificant but I wonder how many talented artists never got a chance to work in the Indian film industry because of politics - and how much richer the tapestry of Bollywood could have been had they been allowed to do so. 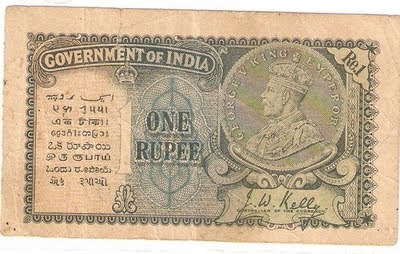 The music today comes from 2 legends of Indian cinema - Noorjehan & Lata Mangeshkar. Noorjehan starred & sang in only 8 Indian movies before migrating to Pakistan but her songs are still remembered fondly to this day. Her most famous song 'Jawan Hai Mohabbat' is an ode to youth. While her voice is atypical of the modern artists that we are used to hearing - just give yourself a chance to be captivated by her incredible depth & range as a singer. Lata Mangeshkar (who respectfully referred to Noorjehan as simply 'Didi' or sister) was just breaking into Indian cinema during the time of partition. Some say that if Noorjehan had stayed in India (she was already a superstar), Lata may not have had the incredible success that she did. My favorite song by her is also one of her earliest, 'Mere Aankhon Mein'. Lata combined both sadness & desire in a way that few could. Both singers with completely different styles - and both unforgettable. Madame Noor returned to India for the first time since Partition to celebrate the 50th anniversary of the Indian talkie (see photo below) and was received by Lataji & Dilip Kumar. She was nervous about the event but Indian audiences had never forgotten her evergreen songs and showered her with the love that can only be compared to a daughter coming back home after being gone for a very long time.
Below you will find the trailer for the National Award winning movie "Garam Hawa" that was briefly banned when it was first released in 1974 for it's honest and stark portrayal of the Partition. Below that are the 2 songs mentioned above. 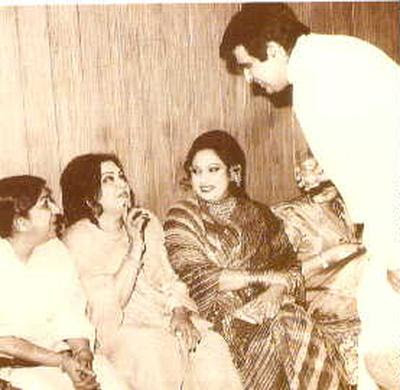 Wow... I've never even thought about the impact India's independence had on Bollywood and the people who work in it. Thinking about the impact of the choice of Muslims in the industry to stay or leave is mind-boggling in terms of the profound impact those choices had on their lives, the lives of others, and the entire industry, from that time until now. These are historical events all Bollywood fans should be aware of. Thanks for enlightening me.

Don't want to bombard your blog with comments - but I thought about this post again yesterday when I stumbled upon a message board about that most popular of subjects - SRK. One of the posters there complained about how Muslims have 'taken over the movie industry' and griped about how the younger generation likes Aamir, Salman and SRK instead of their Hindu counterparts. He said something like 'they should be grateful they can work in a country of Hindus, instead they are enjoying stardom'. I was a bit taken aback - I hope this is very much a minority view and that most Indians are proud of the religious tolerance and national unity (for want of a better word) they have shown in making Indian Muslims mega-stars.

This clown sadly represents the sentiments of a segment of the Hindu population of India. Just like anywhere you go - you will find racism (in this case not so subtle). The state I am from, Gujarat, has the infamous distinction of having the first documented Hindu/Muslim riot in India. Anyway, these people who say Muslims have 'taken over' the movie industry obviously have forgotten their history. Muslims have always been very prominent in Bollywood in front of and behind the camera as well. The first true male superstar of Hindi cinema was none other than the legendary Dilip Kumar (born Yusuf Khan).

Sanket, agreed with your comment. But I'd like to point out that KL Saigal was probably the first BW male superstar, followed by Dilip Kumar. :)
-Amit

Amit - agree that K.L. was the first superstar on screen and playback as well. But his work is not well known to many Bollywood fans although Dilip Kumar & Raj Kapoor are both still fondly remembered even today.
p.s. K.L. was the inspiration for my beloved Kishore Kumar to become a singer!

Life, politics, entertainment, it's all intertwined isn't it? I know that I've seen several references to Shah Rukh's muslim heritage in a predominantly Hindu society, but never really understood how it could have such significance, because he is, after all, first and foremost Indian born and raised. I am grateful that the Muslim community has remained a part of the Bollywood scene, both in music and film, and we all benefit from it! Very informative post! Thanks so much!

Nice post. As you know ;), I just love Noor Jehan. I love her more all the time; she is my favorite singer from Indian cinema (or I should say from cinema on the subcontinent - or would "filmi singer" suffice?)... I also greatly enjoy watching her on the screen.

Of course, I come from a different perspective, since I grew up in the U.S. and my obsession with Bollywood and the like has been in full swing for only a couple of years now. (Plus, I've done most of my Bollywood shopping in Jackson Heights, which has a large population from the northern part of the subcontinent, so in terms of the music recordings that are displayed, I think I see more of Noor Jehan than any other classic singer.) But maybe if I'd grown up with Bollywood of recent decades, it would have taken me more time to get into the older sounds of Noor(?)...

I saw some comment on YouTube that Noor Jehan's voice and way of singing are actually closer to the styles/standards of western singing than Lata's, Asha's, etc. That could be the case (I'm not sure). In any case, much as I love Lata too, I love Noor more. :)

Shell - they are indeed. Brought up this topic to some Muslim friends (Indian as well as Pakistani) and the Indian ones just liked SRK because he was a good actor but when pressed admitted that him being Muslim didn't hurt their adoration of him. The Pakistani ones didn't really seem to care one way or the other because to them he was Indian first and Muslim second. Maybe in the days immediately following Partition being Muslim meant more on either side of the border but it doesn't seem so now.

Richard - agree with you wholeheartedly about Madam Noor. I think music is 'new' for you the day you hear it. I first started listening to her in the 80's after digging through some of my parents old LP's and was just captivated. I was a teenager but there was something powerful and honest about her voice that I found simply amazing. It was years later that I saw her in 'Anmol Ghadi' and she far exceeded even my expectations of what her performance would be like.

Over at Bollywhat the other day there was actually a discussion of how the influx of Punjabi heroes affected Bollywood--for the better, I'd say!

Ajnabi - I whole heartedly agree, such a tragedy that such a culturally rich & proud state had to be ripped in half during the Partition. Their influence is still deeply felt on both sides of the border.

Hi Vidur - Of course I remember and I am glad you liked the movie! It is a classic and just like you I love her songs and she is one of my all time favorites. Your blog dedicated to her is really nice and I will be sure to stop by often :)