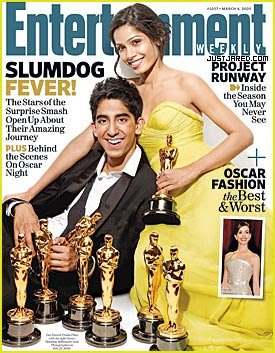 Slumdog did it - and did it on the grandest, biggest and most prestigious stage on the planet. It built a head of steam and barreled through the awards circuit like a runaway locomotive, albeit a very colorful one like in 'The Darjeeling Limited'. It's now even receiving the inevitable backlash that all successful entities get: it portrayed India in a bad light, won only because it was directed by a non-Indian, the kids never got paid, etc. Was it the best movie of the year? I leave that up to history and your personal taste to decide. I don't think it was as egregious of a choice as in 1999 when 'Shakespeare in Love' beat out the now classic 'Saving Private Ryan'. Rather I feel it was more akin to the previous year when the crowd pleaser 'Titanic' won over the technically superior 'LA Confidential'. For that matter I don't even think that it was the best Bollywood/Indian movie to be nominated for the prize and believe that 'Mother India' and 'Lagaan' were better films overall. Some Academy members have argued that we should hold Oscars ten years after the movie has been released because it's only then that the we can see how it will be remembered by history. It's all a moot point of course and I for one am overjoyed that this "little movie that was going straight to DVD' won. Why? 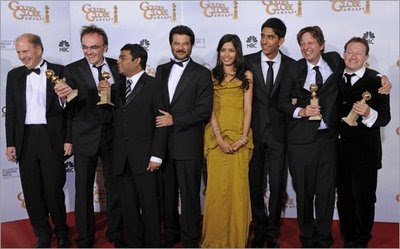 Because the stamp of approval it received by Hollywood's elite made Bollywood hip, cool and accessible to the general public. I cannot tell you how many people I know who did not even know the word Bollywood before this movie come out are now suddenly very interested in everything about it. I am lending out DVD's to people almost daily and they keep coming back for more. All things Desi had been becoming popular steadily over the last few years with pop music and henna on celebrities - this win has taken everything to that proverbial next level and there seems to be an insatiable appetite for it. With the ease of availability of movies on the internet I hope that people will dig deeper and see that there is a whole new world of discovery for them and it's my promise that the good Doc Bollywood will be there to help in any way he can. The song for today is sung by M.I.A. with music by A.R. Rahman and is from the original soundtrack. Hearty congrats for his Oscar win although I do prefer some of his other soundtracks much more. Judd Apatow (director of 'Pineapple Express') loved the song so much he put it on the "red band" trailer for the movie - some of the language makes it not safe for work so watch with caution. FYI - if you like the trailer, you will probably like the movie too ;)

The song's perfect for the trailer!

I'm a huge fan of that trailer! I would argue that it's better than the movie!! Hee hee! (Although I liked the movie, too...)

And I agree with the sentiments in your post. I was very excited for Slumdog to win - despite the fact that there are better movies out there.

I wanted A.R. Rahman to win more than I did Slumdog, but I certainly don't begrudge the movie's success either. ;-)

Well said!
All the best!
Sita-ji

Bhargav - it almost feels as if it's the music video for the song!

FG - The trailer did rock and like most other trailers thesedays did contain alot of the best scenes.

Ajnabi - Completely agree. The win is more like a lifetime achievement award for all the stuff he has done rather than just the one song.

Sita-ji - Thanks! Just remembering how I used to be the only one in my high school in Dallas who was a Bollywood fan back in the 80's makes me appreciate the Oscar even more :)

Hi,
I absolutely loved this movie! I'm glad it had managed to gain such great success and recognition :)
I've been reading your blog and the posts have always been great. I would love to add you to our blog roll! I'm with MovieZen.com - we are a large and growing (500,000+ visitors per month) website focused on movies and celebrities - our Bollywood homepage is at http://www.moviezen.com/hindi. We would also like to explore more ways of tapping into your expertise if you are interested.
Look forward to hearing from you!
Thanks! :)