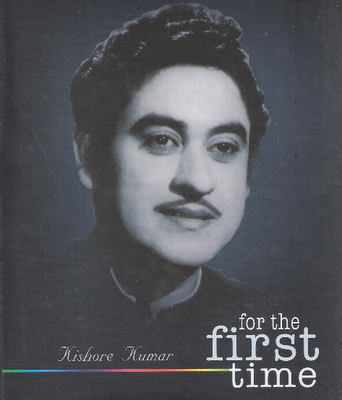 I still remember the first time I heard Kishore Kumar's voice. The year was 1975, I was seven years old and the soundtrack for 'Amar Akbar Anthony' had just come out. My family had recently moved to the US from India and one of my parent's friends brought over the LP of the movie. The songs were played so many times that they became firmly entrenched into my childhood memories and in turn Kishore Kumar became permanently ingrained into my psyche. I own virtually every song that he has ever sung and he is the one artist whom I never tire of listening to. I can name virtually every actor that he has sung for and watched certain actor's movies just because I knew Kishore was going to be doing the songs. I would sit through the opening credits of a movie and if I didn't see his name under 'playback singers' I would go back to what I was doing. I was a fan(atic) in every sense of the word. And when he passed away 25 years ago I stopped watching Bollywood movies altogether and missed out on the introductory movies of SRK, Aamir Khan, etc. I eventually came back around for the film 'Aashiqui' (because the songs were all sung by Kumar Sanu aka 'the voice of Kishore Kumar) but to this day I will happily listen to Kishoreda over any other Bollywood singer. 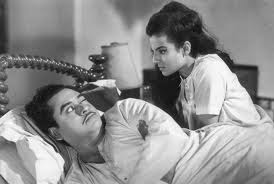 Kishore came to Bombay at the age of eighteen to strike it big as a singer. His older brother (Ashok Kumar) was the biggest actor of the day and since Kishore had no formal training no one would hire him as a singer. He turned to acting in desperation to keep from going home a failure but adamantly refused to give up his dream. His hero was the legendary singer K.L. Saigal and Kishore imitated his style in his first few (mostly forgettable) songs. S.D. Burman sat him down soon after and gave him some advice at the behest of Kishore's older brother. Burman (who would eventually become his mentor) told him that while his voice did have potential - if he wanted to be truly remembered he had to sing and find a style that was his and not merely a copy of someone else's. His career blossomed once he took that advice to heart and he began to churn out hit after hit - both as an actor and a singer. One of his earliest successes was in the movie 'Paying Guest' with the song Mana Janab Se Pukar in 1957 starring Dev Anand (Kishore sang for movies starring only himself & Devsaab back then).

Another one of his earliest & biggest hits was the title song from 'Jhumroo' titled Main Hoon Jhumroo which is memorable for Kishore's trademark yodeling. It was during this decade that he married Madhubala (his second of four wives) and made a few movies with her as well, the best being 'Chalti Ka Naam Gaadi' which is special enough to get it's own write up one of these days.


Next up - Kishore's success as a singer flames out as his acting roles dry up in the 1960's. His triumphant return to the top of the charts in 1969 helped to propel a little known actor into superstardom with just one movie...
Posted by Sanket Vyas at 2:00 AM

Saket, "mana janam" is one of my fave songs as well. I liked your blog!

Here have a look at my selection - http://my-favourite-bollywood-song-of-day.blogspot.co.uk/

What do you think?