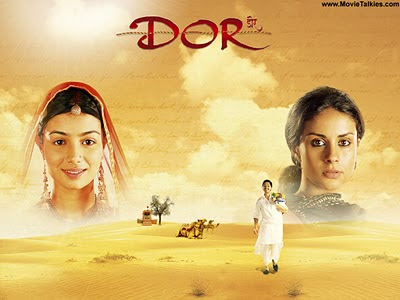 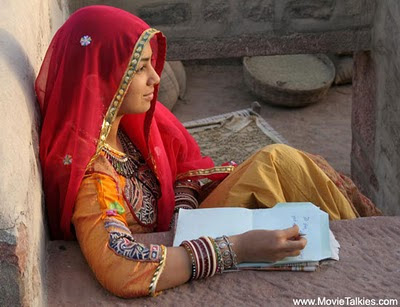 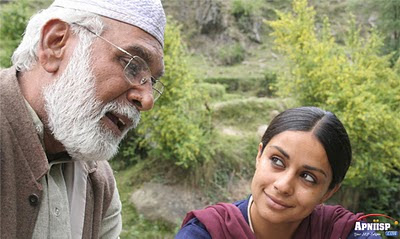 "Dor is my most challenging and dramatic film to date - the pristine locales, the spectacular cinematography and the soaring music all add up to make it a larger than life film. However, at its core, as in all of my films are the human element, the simplicity of the basic emotions that bind us all."
~ Nagesh Kukunoor.
Posted by Sanket Vyas at 7:38 PM

Hey Sanky,
If I don't have Netflix, where can I get my hands on this gem? Btw, your movie reviews rival Ebert's!

Thanks for the love K! You can get this at most Indian stores as a rental or just sign up for blockbuster.com. They do have it (and most other Desi flicks) there.

I watched the movie.real description of feelings of women and choice you should take .
Blog is excellent.lot of hard work,
Good Work.selection of songs is superb.

Why haven't I heard more about this movie? Was it a commercial success? Thanks for a great review - this one's definitely going on my list.

Thanks for the kind words Sapna - it's a labor of love for me and so worth it when I get to share the songs that mean so much to me with others.

DG - I asked myself the same question about this film! The director's earlier work (Iqbal) received alot of press and was a wonderful movie as well. But this one got rave reviews (check out the awards it won on Wikipedia) but like most 'different' movies - never achieved the success that commercial films do. Would love to hear your thoughts on it on your blog in the very near future :)

If it wasnt for your blog I would not have known about many of the movies and musicians you write about...LOVED Dor. I just finished watching it - it def moved me! Thanks.

Sonal - glad the blog is doing it's job of spreading Bollywood cheer everywhere! I am happy people are watching this film based on my recommendation and I hope everyone is 'paying it forward' and telling their friends about it as well :)

I accidentally found your Blog, and I want to say thank you for such nice tips what to watch. I love Hindi movies. After I have read the information, I decided to watch this movie. I already ordered this movie through Blockbuster.com. However, while I am waiting to get this movie I had a delight sneak peak what this movie is about. I have found some scenes from the movie and music songs on the website smashits.com. They have the category Videos-Hindi Film Scenes, Songs. I am excited to watch such a beautiful movie.

A very nice Bollywood flick. Check it out here anytime: