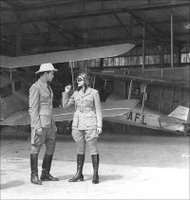 Bollywood said goodbye on August 6th to the first ever Miss India, Pramila (born Esther Abraham). Crowned in 1947, she entered the world of show business after leaving her conservative Jewish home in Calcutta at the age of 17. Her first job was to keep cinema audiences quiet during the 15 minutes it took to change the reel in the single projector of silent films. She made a name for herself in many films as an actress, stunt woman and India's first female producer. Pramila never shied away from controversy - her song Choli Ki Andar caused a fervor with censors long before Madhuri Dixit’s Choli Ke Peeche did.

Her stubborness to conform to Bollywood's all-boy club rules led to a fascinating offscreen life as well. She eloped with a theater director soon after leaving home, married the Bollywood hero Kumar, stayed in India after he decided to migrate to Pakistan in 1963 and was accused of being a Pakistani spy because she went there often after partition (to visit her father & promote her films).

Her last film role at age 92 is in the just released 'Thaang', directed by Bollywood actor Amol Palekar. It opened the Brisbane Film Festival & was shot simultaneously in Palekar's native Marathi as well as English. I couldn't find a song from any of Pramila's movies, thus today's song is from a movie starring another former Miss India - Simi Garewal. Ja Ri Pawania is sung by the always seductive Asha Bhonsle (Lata's younger sister). An enchanting & beautiful song - just the way Pramila would have liked it.
Posted by Sanket Vyas at 10:12 PM

More can be found here
http://specials.rediff.com/movies/2006/aug/28sld1.htm

Wow - she was crowned Miss India in her thirties.
-gg

That's what I love about Bollywood - there is always more going on than what meets the eye :)

wow, Pramila Abraham looks so beautiful, I admire her courage to leave home and family to join Bollywood at that age and time when there were no mobiles or even telephones to keep in touch. Wonderful Lady!!
Comment by Rita Indhewat.