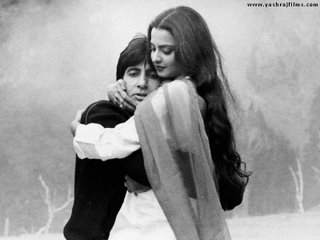 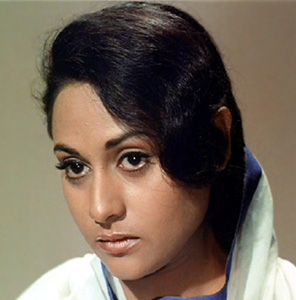 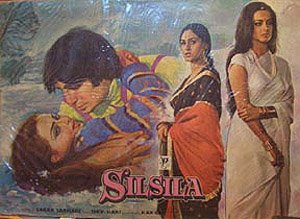 wonderful account of the great movie.Iam inspired , I hope to get a copy in my CD shop .

you raised some interesting points.It would be nice to know to some more more what was goin on between them

Well Interesting article ..thanks for sharing

A classic soundtrack...and movie too. I wish the Shiv-Hari team would compose lately.....

Fascinating context. I was completely unaware of the rumours before reading this post. I HAVE to see 'Silsila' now - great review.

Makes watching some of their other movies more interesting. Every time there is an awards show & Rekha gets an award - the camera instantly goes to Amitji to get his reaction.

Hmm... what can I say? Amitji has some good taste, huh? On one hand petite, quiet beauty; on the other hand seductive, striking beauty... ok to be honest I am (very naively, I know) hoping that he didn't really cheat on Jaya with Rekha, that all he and Rekha had/have was/is a very special friendship. I love Jaya and Amitabh so much together - and three is most definitely a crowd! Did Rekha ever marry? Ok now I can see myself getting slightly obsessed with confirming/disproving the rumour...

But that is what getting bitten by the Bollywood bug is all about - obsessiveness ;) Rekha did marry a very prominent Indian businessman but he ended up committing suicide. She has not married since then but has not closed the door on starring in another movie with Amitji - something that would be a miracle for fans of Bollywood.

Oh no, who really cares for that real-life affair rumors. Even today, any Bolly actor-actress pairing is rumored to have an affair. Just any! It's a PR thing, solely; it even happens in the west. And even if Rekha might be worth an affair, i'd guess YRF just built up the rumors (with the consent of all actors including Jaya Bachchan) to create more stir for Silsila. Do judge the film without any unconfirmed real-life stories, please.